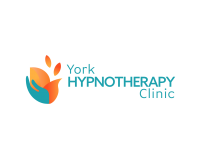 Darren has a wealth of experience in helping individuals and businesses to achieve positive results in many different areas of their lives, be this personal, business, or indeed both.

Prior to starting his Hypnotherapy practice, he trained and subsequently gained his professional qualifications with one of the UK’s leading trainers in Advanced Hypnotherapy and Neuro-linguistic programming. His mentor and trainer Matthew Ferguson has worked with Olympic athletes, Doctors and Psychiatrists to name but a few professions and with over 25 years’ experience of Hypnosis and Clinical Hypnotherapy, he has shared a wealth of knowledge and expertise with Darren.

As well as having his Advanced Diploma in Clinical Hypnotherapy, he is also a Master Practitioner of Neuro-linguistic programming, a skilled eye movement therapist, and is qualified an Advanced BLAST Technique practitioner®, along with also being a Motivation Therapist and Coach.

It is clear to everyone that meets Darren, just how passionate he is about helping others either through his skills as a Coach, Mentor, Hypnotherapist or his ability to resolve trauma through eye movement therapy, and he favors an approach, which often sees him using a combination of all these skills to bring about positive lasting change for his clients. He gains a great deal of satisfaction through his business ventures and finds them extremely rewarding and fulfilling.

Since he qualified as a Hypnotherapist over five years ago, he’s continued to study and has invested many thousands of hours in his training and along with this, he’s invested a great deal financially in his quest to become one of the UK’s leading Hypnotherapists.

His Advanced Hypnotherapy qualification is the equivalent of a degree (NQF6) and the thing that he feels is most relevant is not just the qualifications he holds, but more importantly, the experience he’s gained as his reputation and business has gone from strength to strength.

Prior to Covid-19, he was running three offices in York, wherein would help a great many people each week. Since March 2020, he has had to adapt the way he operates his business and he’s started offering hypnotherapy online. He’s hopeful that in 2021, he’ll be able to reopen all his offices, however, for now, he’s seeing clients face to face at his office on Tadcaster Road in York and he has a growing number of clients in different parts of the UK who are accessing online hypnotherapy.

He says “online hypnotherapy appears to be just as effective as delivering hypnotherapy in person and whilst initially I wasn’t sure about the efficacy  of delivering therapy remotely, I’ve been pleasantly surprised and the results speak for themselves.

He looks forward to meeting you, and to discovering how his skills as a Clinical Hypnotherapist, Advanced BLAST Technique practitioner®, Coach and Motivation Therapist (Dip.C.Hyp/NLP) can help you on your personal journey through life.

Through his work as an Advanced Clinical Hypnotherapist, he’s able to play a positive role in helping those that seek his help.

He’s available to help either in person at York Clinic for Integrated Healthcare, which is located on Tadcaster Road in York, North Yorkshire. Alternatively, he’s available online hypnotherapy and he can work remotely via a webcam on Skype, Zoom or Microsoft Teams.

So, if your looking for a skilled hypnotherapist, with a wealth of experience, you can either meet him in person, within a Covid secure environment or he can provide hypnotherapy online wherever in the world you might be.

So, if your looking for a well qualified hypnotherapist, who has a whole host of positive reviews to his credit, then then look no further, and let Darren from York Hypnotherapy Clinic help.

HOW WE CAN WORK TOGETHER

Face to Face at our York clinic

OTHER TREATMENTS WE OFFER

WHAT OUR CLIENTS SAY

I was recommended Darren from a friend when I was in a very low place and needed some coaching. Darren's got a way of putting me at ease and getting me to talk about things i don't normally discuss, and whilst I have a good road ahead of me yet, I can already feel the improvements I'm making thanks to Darren's guidance and extensive range of techniques.
Daniel T
I have been seeing Darren for the past 6/7 months and I can honestly say he has made me feel like a new person.
John DoeLaura M
Darren isn’t your typical therapist in the sense that he’s got one eye on the clock and the other eye on the textbook. Darren is a therapist who’s sole purpose is to go above and beyond to help his clients! It’s March 2021 as I write this and I’ve been a client of his since November 2020. I’ve visited him for multiple reasons and he’s been there to help me for every single one! His prices are more than reasonable considering the amount of work he puts in. I can’t recommend him enough!
Lucas S
Previous
Next
BOOK AN APPOINTMENT

Let my skills as a Coach, Motivation Therapist, Advanced Hypnotherapist, Master Practitioner of Neuro-Linguistics, and
Advanced BLAST Technique® Practitioner, help you to help yourself